Growing up, I often ate the food of my two Jewish grandmothers (and my grandfather, but that’s another story). I loved eating at both households, though their foods were very different. I’m not sure when it was exactly, but at a certain point I realized that the food at Oma and Opa’s house, (Erna and Stephen Rossmer, my maternal, German-Jewish grandparents), was quite different than that at Nana and Zaidy’s (Ida and Max Gropman, my paternal, Eastern-European Jewish grandparents). Their food was unique, unlike most of the food eaten by other Jewish families I knew. True, there was matzoh ball soup at both houses, but even the broth they sat in differed: chicken soup vs. beef soup. I wrote about my Oma’s beef soup – a beef broth, really – for The Jew & The Carrot, the food blog of The Jewish Daily Forward. You can read the article here (including the recipe for Beef Soup with Noodles). But matzoh balls are pretty much where the similarities both begin and end. I gradually realized that Oma and Opa’s food represented a special cuisine, one which was not well-known and was in fact over-looked. 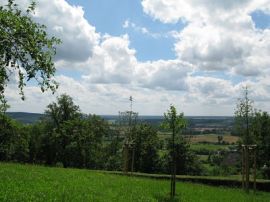 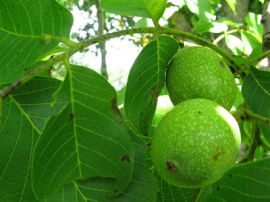 Both of my grandparents’ families resided in Germany for many generations. When I asked my grandfather to make me a family tree for a school project, he was able to trace our family history back hundreds of years – as far back as the late 1600s on my grandmother’s side. That was when the paper trail ended, but surely they’d been there longer than that. Many other Jews had also been in Germany (and in nearby German-speaking Austria, Czechoslovakia and Alsace) for that length of time, meaning German-Jewish communities were quite solidly established – as were their food traditions

As is generally the case, the cuisine of Jews in Germany reflected the food that was available to them both geographically and culturally. German-Jewish food was essentially German food with a twist – a twist to adapt dishes to conform to kosher law. This may have meant replacing dairy ingredients with non-dairy ingredients, or cooking a dish in a slow oven overnight on Fridays in observation of Sabbath rules. But in general, the ingredients remained the same as those used by non-Jewish neighbors – the same vegetables, fruits, grains, and to a large degree, the same meats. But a cuisine is more than the sum of its parts, more than just a collection of recipes and ingredients. It is a shared experience and a shared history. It was this realization that inspired us – my mother Gabrielle and I – to investigate this topic. We decided to research this food and to reach out to others who grew up eating it – and perhaps still eat it today – as a way to preserve, share and document this foodway.

We would like to hear from you – to try your recipes and hear about your family’s meals! We welcome your comments, questions, stories or recipes.

While we are writing this blog in English, feel free to write to us in German and we will translate (Sie können in Deutsch gern schreiben. Wir werden übersetzen.).

We look forward to hearing from you!